The climate of Morocco and times to travel 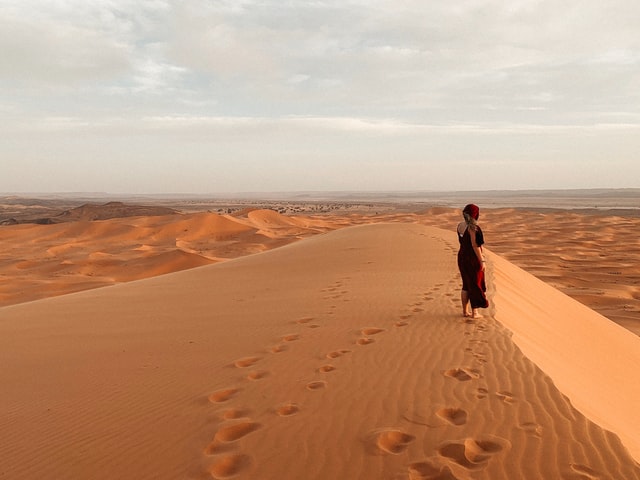 Best time to travel to Morocco:

The climate of Morocco is important to keep in mind when planning your travel because it has a diverse range of climatic zones and, in many cases, high temperatures. As a result, we’ve dedicated this page to the subject, which will serve as a guide to determining the duration of your trip as well as the city or area to visit.

The climate of Morocco, by zones:

The climate of Morocco is depicted here, divided into four zones: the Atlantic coast, the Mediterranean north, the east, and the south.

Winters are mild and temperate along the Atlantic coast, which stretches to the Western Sahara’s boundaries, while summers are humid. The water is relatively cold and the place is very windy all year. Be wary of ocean waves as well. Between the months of May and August along Morocco’s Atlantic coast, a dense fog will devastate all in the morning, dissipating after 13 or 14 hours. The “white atmosphere” is a meteorological phenomena.

The climate in the north of Morocco:

The climate in the north of the world is the Mediterranean. In early spring, it can be very hot in the coastal cities, while the temperature in the Rif is much cooler. Chefchaouen has a cold winter, and dense fog can be seen on mountain roads well into the spring.

The center, influenced by the Atlas Mountains:

The climate is mild in the center of the country during the winters, but the summers are especially harsh and arid. A substantial portion of the population remains in the Atlas Mountains’ foothills, which are frequently blanketed in snow. The mountains have decent security from Algeria, its eastern neighbor. Jebel Toubkal, the highest elevation.

The above, at 4167 meters above sea level, is the highest point in North Africa. It is not unusual for snowfall to reach 1 meter in some of the nearby villages. In reality, the winters in the higher elevations can be bitterly cold. The mountains are hot during the day but cool at night in the autumn.

The climate is desert-like farther south. The temperature swings between day and night are much more noticeable here. Summer days can reach temperatures just above 45°C, but winter nights can reach double digits.
This diversity in climatic zones results in a diverse range of landscapes. Strong plateaus and lush, well-irrigated plains lie between the mountains and the Atlantic coast.

In the far south, on the border of the Anti-Atlas, gorges appear with rivers streaming at their bases, eventually drying out as they join the vast Sahara’s infinite sand and stony deserts.
Morocco’s atmosphere is also known for its extreme temperature swings, which can occur several times in a single day. In Agadir, Fez, Marrakech, and Ouarzazate, the average annual sunshine is 8 hours a day.

The average temperature in these cities is above 17 degrees Celsius. The Chergui is a strong, dry wind that comes from the east and sometimes from the desert, raising the temperature a few degrees.

Best time to travel to Morocco

When it comes to deciding when to visit Morocco, it all comes down to the region you want to see. The perfect time to visit the country is in the spring when the trees are in bloom and the landscapes are at their most beautiful.

Autumn, on the other hand, is a fine time to visit imperial cities, as their medinas recover their vibrancy during the summer. Furthermore, despite the shortened days, Morocco’s temperature is milder at this period. From November to April, the rainy season continues, but it only rains on rare occasions.

If you are planning a trip to the regions south of the High Atlas, however, you should do so between October and May, as temperatures will approach or exceed 45°C in the summer. In some areas of the High Atlas, such as the Michlifen ski resort near Ifrane, winter skiing is another choice during the winter months.

If you are planning a trip to the regions south of the High Atlas, however, you should do so between October and May, as temperatures will approach or exceed 45°C in the summer. In some areas of the High Atlas, such as the Michlifen ski resort near Ifrane, winter skiing is another choice during the winter months.

Also, if you want to go on a trekking trip in the center of the world, we recommend that you book your lodging ahead of time, particularly if it is during the high season, which runs from June 15 to September 15.