3 days itinerary tour from Marrakech to Fes Via Merzouga desert

Join our 3 days itinerary tour from Marrakech to Fes to explore many worth visiting sites. As you will have camel trekking, and camping in the Sahara desert.

3 days itinerary tour from Marrakech to Fes via desert info:

The 3 days tour from Marrakech to Fes itinerary is one of the most famous tours connecting the two imperial cities Marrakech and Fes. The fantastic tour takes you through a part of Morocco’s south, heading towards the Atlas Mountains, passing through breathtaking scenery on roads, and passing by several  Berber villages.

Spend the first night in a traditional but pleasant hotel in the heart of the Dades gorges. Not to mention, visiting the infamous kasbahs of Ait Benhaddou. The latter is a fortified village. As we will see Ouarzazate with its cinematic attractions. On the second day, take a short walk through the Todra immense gorges before continuing to Merzouga. Merzouga is situated in more arid plains, signaling the start of the deserts.

When you arrive in Merzouga, you can ride camels into the desert and spend the night in a luxury camp ( you will have your private tents equipped). After a delicious dinner, enjoy a starry night under a bright and quiet sky while spending quality time with the staff and listening to music around the fire.

The third day takes you on a different path towards Fez, passing through several villages and scenery, a brief stop at a beautiful cedar forest with its playful monkeys, and a coffee break in Ifrane, also known as “Little Switzerland” for its cleanliness and architecture, before arriving in Fes, the country’s cultural capital, where you will be dropped off at your hotel.

With Morocco travel itinerary agency, you can customize your 3 days desert tour from Marrakech to Fes itinerary to meet your specific needs and budget. Please get in touch with us if you want to alter or plan a trip in your way.

On The first day of the 3 days tour from Marrakech to Fes itinerary, we will pick you up from your Riad or Hotel in Marrakech. After that, we drive you to the Dades Valley. First of all, We travel via Tizi-n-Tishka in the high Atlas Mountains, stopping to take in the scenery. Next, we go to the Ait Ben Haddou village, which is a UNESCO World Heritage Site. Many films, including Lawrence of Arabia and Gladiator, have used it as a backdrop.

We stop for lunch before continuing on our journey. As we will be taking in the natural beauty of the landscapes and historical monuments such as Ouarzazate’s Taourirt Kasbah and Roses Valley. The latter is famous for its Rose Festival, and products.

We also pass by Skoura, ‘El Kelaa des M’Gouna,’ and ‘Boumalene Dades,’ all of which are small Berber villages. Our final destination for the day is Dades gorge. We’ll stay in a hotel for the night, with dinner and breakfast included.

From Boumalene Dades, we travel to Merzouga, home to Erg Chebbi. The last mentioned is one of Morocco’s largest wind-blown dunes. Firstly, we travel via Tinghir, a Berber town, to Todra Gorge. The latter has the cliffs rise to 600 meters and are just 10 meters apart.

Next, We depart Todra, passing through several Berber villages on our way to Tinjdad, where we can rest for lunch or carry on to Rissani.  the city where you can have the local specialty, Berber Pizza, for lunch if we arrive before noon. We’ll leave our luggage in a room in Merzouga after lunch. Camels transport us to a desert camp in the Erg C sand dunes.

It is also recognized as the highest sand dune in North Africa, measuring 20 kilometers long and 5 to 8 kilometers wide. It’s a one-of-a-kind and dynamic world. The camel trek from the hotel to the camp takes about 1-hour and a half. As we continue to the camp. There,  the dunes supply the rest of the necessities.

The tents are well-equipped. We gather around the fire after dinner to enjoy the desert night, probably accompanied by traditional Berber drumming. This is how our second day of the 3 days tour from Marrakech to Fes itinerary is designed.

On the third day of 3 days tour from Marrakech to Fes itinerary, our camel warden will wake you up before sunrise so you can climb the dunes and see the sun rising above the ground. Next, we will begin the camel trek during the winter season when the days are shorter and stop along the way to see the sunrise. We will be able to shower and eat breakfast at the hotel before beginning our journey to Fes.

We leave Merzouga for Fez, passing through many towns along the way: Erfoud, Errachidia, Ziz Valley, Meditlt, Azrou Cedar Forests, and Ifrane. On a clear day, you might be able to see the monkeys that inhabit the woods. We’ll stop for lunch in one of the many restaurants along the way. Our guide will ensure that you arrive at the Riad or Hotel of your choice.

At the end of the 3 days desert tour from Marrakech to Fes via  Merzoug desert, we will drop you off at your Riad or Hotel.

Related itineraries from Marrakech to Fes: 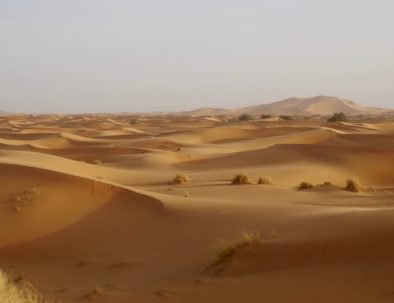 5 days from Marrakech to Fes 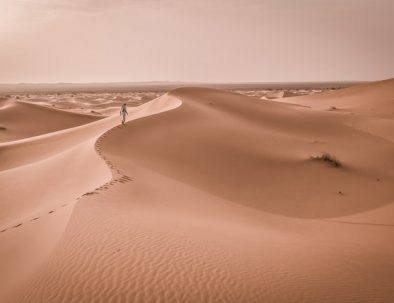 4 days from Marrakech to Fes 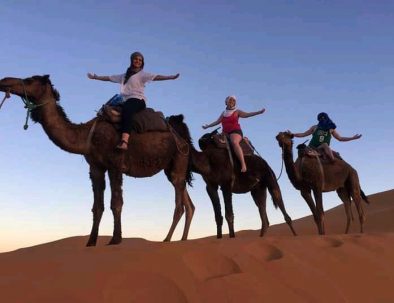