The 7 days Morocco desert tour from Agadir is perfect itinerary for those who wants to explore the true Morocco. Along the way, you will have the opportunity to see several interesting places.

We’re offering the best tours from Agadir to the Sahara Desert and back. Do not hesitate to book in with us here. If the following itinerary does not fit your plan, we can make some changes. In fact, what matters is that you enjoy your journey and avoid any discomfort.

On the first day of our 7 days desert tour from Agadir, we’re going to head down to Marrakesh, the most touristy city in Morocco with plenty of sightseeing areas, namely Jamaa El fna, a place so full of life, and then we’re going to pay a short visit to the amazing Koutoubia Mosque.

We’re also going to check out some of local museums such as Yves Saint Laurent Museum and take some beautiful photos. At night, you’ll be taken to your hotel rooms to get some rest and get ready for the big adventure to the Sahara Desert.

After breakfast, we’re going to leave for the Kasbah of Ait Ben haddou, located in the province of Ouarzazate. it is a striking example of southern architecture. Interestingly enough, some parts of the most famous American movies were filmed in this area, which render it a must see. Every once in a while, we’ll stop along the way to rest and take some pictures of the panoramic views.

After having a yummy traditional Berber lunch at one of the restaurants in the Kasbah of Ait ben haddou, we will drive to Boumalne Dades with its wonderful mountainous views. By nightfall, we’ll check into the hotel and get a night’s sleep. This how the second day from our 7 days in Morocco itinerary from Agadir is planned.

We are heading for the Sahara Desert to enjoy the Saharan warm weather and spend some unforgettable moments out there. We’re going to stop to check out some Kasbahs along the way and stop at the gorges of Toudgha to walk around and see a bunch of cliffs that climbers from across the globe like to climb and the serenity of the place.

We’ll carry on driving through Berber villages and small towns such as Tinjdad, known for its palm trees all the way up to Erfoud, the city of fossils and traditional Saharan clothes. By the end of the day, we will arrive in the Sahara Desert; we’ll savor every moment of the sun as it goes down among the sand dunes before we take you to our hotel.

During our stay in the Sahara Desert, we are going to explore and spend quality time with local nomads and take wonderful pictures. Our 4X4 car driver will take you on a tour around the sand dunes to explore the beauty of the desert and then drive to Khamlia, where you’ll get a chance to see Gnaoua and listen to their astonishing music.

After that, we are going to visit a nomad family in an actual tent, chat with them a bit, get to know how they live and then drive to a nearby village called Hassilbid and take you on camel rides to the highest sand dunes to watch the breath-taking sunset.

Day 5: Back to Marrakech from Merzouga:

On the fifth day of our 7 days desert tour from Agadir itinerary, we’re going to drive back to Marrakesh, this time we are taking a different road to explore some other villages and towns to make this journey incredibly great. After a cozy shower in the desert and a delicious breakfast, we will drive to Rissani to visit its traditional souks and get to see its marvelous architecture and handicrafts and hit the road. Later on, we’ll stop in Agdez and drive on to Ouarzazate and then all the way to Marrakesh where you are staying for the night.

On the sixth day, we are going to drive around the imperial city, Marrakesh and visit its monuments. We’ll basically visit Le Jardin Majorelle, The Bahia Palace, and Saadian tombs and so on… most importantly, we are visiting Jamaa El fna in the evening and you’ll undoubtedly be surprised when you see how many foreigners are there, the snake charmers and storytellers and sellers of all kinds of stuff. Your visit will certainly be a memorable one.

Day 7: Marrakech to Agadir via Essaouira:

On the seventh day from our Morocco 7 day sahara desert tour from Agdir comes to an end and you should have had so much fun by then. We’ll drive you to the airport in Agadir, so that you catch your flight and travel back home. 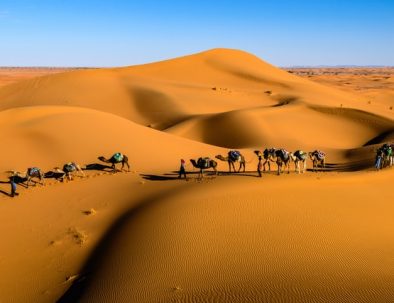 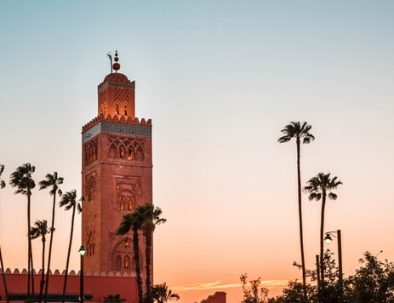