Morocco travel agency customized the 8 days in Morocco tour from Casablanca itinerary, so you can explore the most visited landmarks in Morocco.

This 8 days tour from Casablanca itinerary via the Sahara desert will take you to visit the most ancient imperial cities of Morocco Fes and Marrakech. Also, Meknes. As you will experience the true Moroccan Berber culture. Not to mention meeting locals, riding on a camel, exploring Kasbahs, and crossing valleys. Not to mention staying in a desert camp. Also, you will be seeing a stunning sunset and sunrise over the golden dunes.

What is Included in the 8 days tour from Casablanca?

What is not included in the 8 days tour from Casablanca?

On the first day of the 8 days in Morocco tour from Casablanca, we departure to Rabat. The latter is Morocco’s capital. Here, we will visit the Alcazaba of Oudayas, Mohammed V’s Mausoleum. Also, the Hassan Tower, before moving on to Meknes. The last mentioned is where we will visit with our local guide. Next, we continue to Fes, for an overnights stay in a traditional Riad.

On the second day of the 8 days in Morocco tour from Casablanca. First of all, a local guide will come to pick you up from the riad. After that, you will begin to explore Fes. The latter has managed to keep its customs, crafts, and trades alive. As well as its university, which is one of the world’s oldest.

Fes was dubbed “the city of Faith and Knowledge” for a reason, as it became the country’s historical capital. Also, one of the country’s most important religious centers.

We will start the tour by visiting the medina, called Bali, one of the largest medieval sites in the world and declared a world heritage site by UNESCO. Explore its souks and alleys, we will also visit the Royal Palace and Jewish quarter. Not to mention, blue gate, Tannery, and Borj Nord…  At the end of the day, we will take you back to the raid to rest. Dinner and breakfast are included in the tour.

Our journey to the desert via Ifrane will start at 08:00. And our first stop will be in Ifrane. The latter is known as Morocco’s Switzerland. The next stop will be at the cedar forest of Azrou. here we will be able to see some macaques (type of Monkeys).

Then, we move on to the Palmeral de Ziz and its gorges, but before that, we will have lunch in Midalet. We’ll continue to Erfoud. The letter is known as the fossil capital of the world. after we will drive to get to Merzouga desert. Here, we’ll stay in a riad near the sand dunes.

The fourth day of the 8 days in Morocco tour from Casablanca is dedicated to the desert area. Our journey begins after breakfast. First of all, we will be passing through several desert villages until we arrive at Khamlia. It is where we will listen to Gnawa music. After that, we’ll go deep in the desert to visit a nomad family.

Today, you will learn about the nomads’ trail, and about their way of living. Not to mention that we will explore an oasis, and make stops for some panoramic view.

In the afternoon, you will ride on camels over the dunes to get to the desert camp. When you get there, you will have a chance to play the sandboard, and watch the sunrise. As we’ll spend the night under the overwhelming sky. Dinner, music, breakfast are included at the camp.

From the top of big dunes, you will have a good opportunity to see a stunning sunrise. After that, you will have breakfast, and take a shower. next, you will ride camels back to Merzouga. Here you will switch the camels for the vehicle, to start your journey to Ouarzazate via Rissani.

The latter is where we’ll stop to visit its traditional Souk. Its souk is the largest in all of southern Morocco. Then we move on to Todra Gorges, Dades Valley, Roses Valley, and Skoura’s oasis until we get to Ouarzazate.

On the 6th day of the 8 days in Morocco tour from Casablanca. First of all, you will have the choice if you want to visit the atlas studio. Our next destination will be the village of Ait ben Haddou. Here we will be visiting the famous fortress in Morocco named the Kasbah Ait Ben Haddou. Many films, including the Kingdom of Heaven, Game of Thrones and Gladiator, have been shot here.

Then, we’ll continue on our way to Marrakech via the High Atlas Mountains. we will be stopping at some panoramic to enjoy the different landscapes. As we will visit the kasbah Telouat. Arriving in Marrakech late in the afternoon. Dinner and a night at the riad in the Mdina.

Today you will be exploring Marrakech. A local guide will come to pick you up from your riad at 09:00 and take you on a tour to explore the area. firstly, with the Jemaa el Fna, the country’s largest traditional market and one of Africa’s and the world’s busiest squares.

After that to The Majorelle Gardens, the Menara Gardens, the Saadies Tombs, the Mellah. The latter is the old Jewish quarter. Not to mention, the Bahia Palace, the Koutoubia mosque, and other attractions. Dinner and breakfast at the same riad.

Day 8: Transfer to the airport:

On The last day of the 8 days in Morocco tour from Casablanca, you will have a free morning. After that, we will take you to the airport of Casablanca or Marrakech depending on your flight. 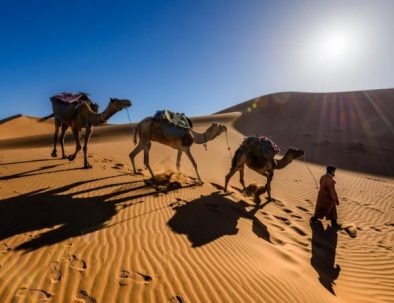 10 days in Morocco tour from Casablanca

7 dys in Morocco tour from Casablanca 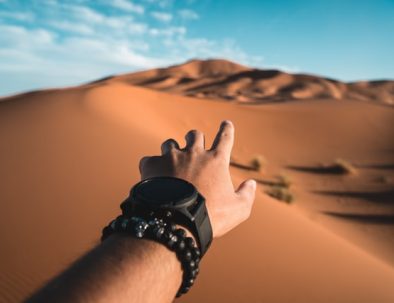 12 days in Morocoo tour from Casablanca